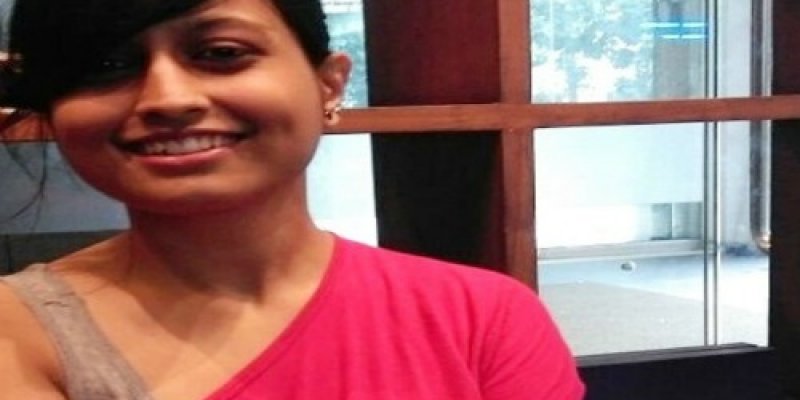 Being raised in a society, where the girl child is often looked down upon, Jasmina Biswas never really felt the difference between a boy and girl until she entered into a co-ed school. As a child, her parents never made her, or her elder sister ever feel that they were any less or do not deserve as much as the other gender. They were always taught of equality and how dreams and ambitions are the same for every human being irrespective of the gender. But, once she was out there without their support, she realized how difficult it is to grow up as a girl child in a male-dominated society.

Jasmina was always a curious kid and questions like “why?” and “how?” used to pop up instantly for any physical phenomenon. She’d probe for answers that’d eventually amaze her. She started reading books related to Science at an early age and her love for Physics and Mathematics gradually grew stronger. This helped her develop a strong foundation of knowledge and helped her perform well. She had a record of maintaining a position within the top two ranks throughout her schooling. However, since she was a girl, she could feel the hatred that some boys in their teens had developed for her and that used to make it difficult for her. Thanks to the support from her family and teachers, she was able to cope through the stressful times, shaping her up as a strong, independent individual she is today.

The number of girls pursuing bachelor’s in electrical engineering in India is very limited. In a batch size of two hundred and fifteen students, there were a mere twenty girls in the electronics and communication department. So, being able to complete her bachelor’s in electrical engineering and then continuing with my masters in the same at North Carolina State University has been a huge milestone achievement.

Jasmina today is about to complete her graduation in the Spring semester of 2019 with specialization in RF & Electromagnetics. She has also received a job offer from a reputed company wherein she will play the role of an antenna engineer. Throughout these years of having to prove her worth at every stage in life, she has learnt one very important lesson that “Good things are bound to happen, you just have to be patient and never give up”.

(WOW! Sakhi’s outreach partner MPOWER Financing has played a major role in ensuring that Jasmina fulfilled her dreams of studying abroad by granting a loan within a short span of time without the need of any co-borrower to help her pay her last semester fees, thereby shielding her from encountering financial problems away from home.)

Gray Matters Capital (GMC) is an Atlanta based impact investor with a gender lens that is on a mission to “Find a more purposeful life for 100 million women by 2036." Aligning with its mission is its strategy of making sector agnostic investments globally in for-profit enterprises whose products and services benefit women and girls at scale.

GMC sees education, primarily catering to under-resourced and low and middle income sections of the society, as a powerful tool to bring about gender equality and social equity. Over the past 12 years, it has focused on supporting the education ecosystem India by funding for-profit enterprises in the ‘learning to earning’ space, besides being pioneers in establishing the school finance industry catering to low cost private schools in India with Indian School Finance Company (ISFC); Pakistan with the set-up of Taleem Finance Company Ltd (TFCL), in addition to Nigeria (with EdFin Microfinance Bank).

GMC has till date funded over 80 enterprises across the world to the tune of US$ 125 million.

View all posts by Graymatterscap